List of National Symbols and National Things of Pakistan

Pakistan’s National Flag comprises dark green color with Crescent and Star in it and a vertical white stripe. Green part shows the majority of Muslims and white stripe represents minorities of Pakistan. Syed Amir ud Din Kidwai designed this flag based on the flag of All India Muslim League. It was approved by Constituent Assembly on 11 August 1947.

Below is a national emblem of Pakistan. It was adopted in 1954. Its color is green. Crescent and Star are at the top while Urdu version of Quaid’s Motto Faith, Unity, and Discipline (ایمان’ اتحاد’ تنظیم) are written at the bottom. In the center, four major crops of that time (cotton, wheat, tea, and jute) are shown in a form of shield and signify the importance of agriculture.  This shield is surrounded by a beautiful floral design.
See a collection of Historic Photos of Pakistan

“Pak Sar Zameen Shad Baad….”  is the national anthem of Pakistan. At the time of Independence, Pakistan has not any national anthem. Ahmed Ghulam Ali Chagla created the composition without lyrics. Later on., Abu Al Asar Hafeez Jullandhri wrote its lyrics. National Anthem of Pakistan is unique as its music preceded its lyrics. National Anthem was first time broadcast on Radio Pakistan on 13 August 1954 while formally announced by the government on 16 August 1954 followed by a performance of 11 singers including Ahmed Rushdi.

Mother of the Pakistani Nation

Fatima Jinnah is regarded as the mother of Pakistani nation and known as Madr-i-Millat. She was the younger sister of Quaid-e-Azam. She was a dental surgeon by profession. She actively participated in the independence movement with his brother. After independence, she participated in politics of Pakistan. She died on 9 July 1967 at the age of 73 years.

Allama Muhammad Iqbal is the national poet of Pakistan. He was a great poet, philosophy, scholar and leader of Pakistan Movement. He was a poet of Urdu and Persian languages. He was born in Sialkot. He gave the idea of Pakistan and Pakistanis also known him as Musawar-e-Pakistan.

Faisal Masjid Islamabad is the national masjid of Pakistan. It is the largest masjid in Pakistan. It was designed by a Turkish Architect Vedat Dalokay in the form of a desert tent. It is named after the late king of Saudi Arabia, Shah Faisal bin Abdul Aziz. Faisal Masjid was completed in 1986. It has 4 minarets of 90m height, 5000 sq. meters is covered area. It has a capacity of 74,000 persons in main areas while another 200,000 persons in adjoining grounds.

National Library of Pakistan is located at Constitution Avenue, Islamabad. It was inaugurated in 1993. It also serves as a cultural center of Islamabad and a working place for Scholars and students.

Mazar-e-Quaid is regarded as the national mausoleum of Pakistan. Tomb of Quaid-e-Azam Muhammad Ali Jinnah is at this place in Karachi.

Shalwar Kameez is the national dress of Pakistan. It has some variation for men and women.

Field Hockey (or simply Hockey) is the national sport of Pakistan. However, Cricket is the most popular sport in Pakistan. Squash, Badminton, Boxing, Volley Ball and Kabaddi are also played in Pakistan.

Markhor is the national animal of Pakistan. It usually found on mountains. Its height is about 26 to 45 inches and weight is about 40 to 100 kg. Its color is tan while sometimes it has white and black shades too. These have corkscrew-shaped horns; up to 65 inches long in males and up to 10 inches in females.

Chukar is the national bird of Pakistan. It is a beautiful bird with light brown back, a grey chest and buff belly. Its face is white with a black border. Its sound is very nice to listen.

Jasmine or Gardenia is the national flower of Pakistan. It belongs to the coffee family of plants and has about 250 species of flower plants.

Deodar or Cedrus Deodara is the national tree of Pakistan. Its height is about 40 to 60m long and its trunk may be of up to a 3m diameter.
A Collection of Old Pakistani Currency Notes

Sugarcane Juice is the national drink of Pakistan. It is called “Roh” in Pakistan. In the summer season, you can easily find a vendor selling fresh sugarcane juice in Pakistan.

Mango is the national fruit of Pakistan. Mango is indigenous to sub-continent. There are different kinds and varieties of mangoes. 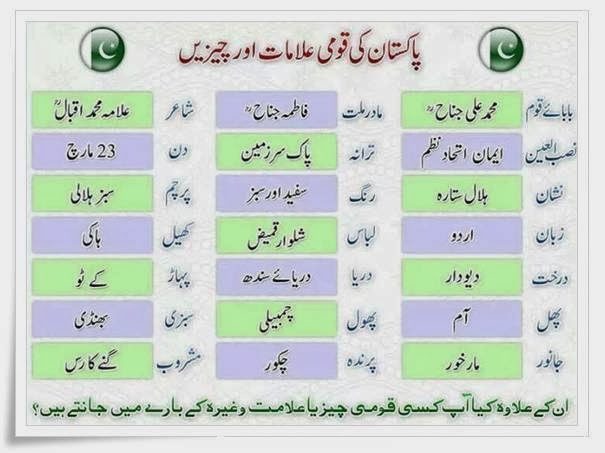