I want to learn how to make applications on the iPhone. What are some suggestions?

Make Apps on Your iPhone: A Beginners Guide 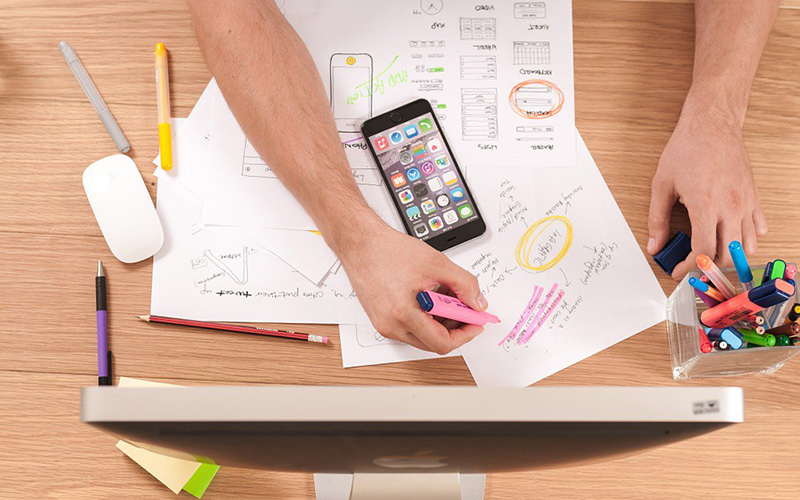 Most modern iPhone owners have probably found themselves asking the question, “How do you make apps on your iPhone?”

The question is easy to ask, but the answer is a bit more complicated. App development isn’t the hardest endeavor in the technological world, but it’s also not a walk in the park. There’s a reason why the very best apps available are praised for their innovations and functionality. Apps may be an essential part of our lives, but even the best designers are still learning to perfect them.

There is good news, though. There are plenty of resources out there designed to help anyone make their own app. While you’ll still have to do most of the work, you’re no longer wading through a jungle of unknown technology. It’s entirely possible to build a great app with relatively little experience.

So if you’re serious about creating an app, here are some of the things you need to know.

There are two kinds of major apps in the world.

The first is a Progressive Web App. Basically, that means a desktop website that’s been modified to be mobile-friendly. Many popular websites utilize these kinds of apps to assist mobile users. They’re very popular and very useful.

However, when you think about creating an app, you’re probably thinking about a Native App. These are the apps you typically download from a digital store. They’re designed to function largely on their own. Uber, for instance, is a good example of such an app.

It’s cheaper and easier to develop and publish a PWA. However, many of the most serious and functional apps out there are categorized as Native Apps.

Be Aware of Apple’s App Regulations

There’s quite a bit of information you should probably know before you design your own iPhone app.

However, it all starts with Apple’s rules. If you’re serious about actually publishing your app, you’ll need to enroll in the iOS Developers Program. That means paying a $99 a year fee (which may be different for students and businesses).

The good news is that you’re getting something for your money outside of permission. Apple’s Developer Program lets you access a suite of analytics and test trial options designed to help you manage the app post-launch.

Of course, you might not ever get to launch. Apple doesn’t need your apps to be perfect, but they do utilize more quality control restrictions than those seen on Android platforms. If your app is obviously buggy or exploitative in some way, it’s likely not going to make it to the App Store.

What it comes down to is commitment. You can play around with creating an app, but if you’re serious about publishing, then you’ve got to be ready to put the work in.

Before you dive into coding your app, follow a few simple preparation steps.

Learning to Code Your Own App

If you don’t know how to code and want to code your own app, then get ready for an experience.

Learning to code your own app from scratch isn’t impossible, but it’s going to take patience and hard work. If you have an idea in place, though, and are ready to dive in, here are your best first steps:

Finally, you’ll want to use the TestFlight app – or something similar – to put your app through its paces and ensure that it’s working as intended every step of the way. This is one of your most valuable resources

After you’ve created your app – or a working version of it – you’ll need to make sure you can pass Apple standards.

To do that, consult the App Store Review Guidelines. This is the official “code of conduct” for approved Apple apps. It includes quite a lot of rules, but the basics are simple enough. Basically, your app must be as bug-free as possible and must not try to deceive the user – or Apple – in any way.

Beyond that, you also be able to pass Apple’s design guidelines. These guidelines are not quite as harsh, but you’ll want to keep them in mind when designing every part of your content.

Even if you pass guidelines, you’ll want to keep up with your app and ensure that you’re able to maintain contact with your users. Always be available and willing to deal with issues as they arise.

Learning to Build an App Without Coding

You can build an app without coding it yourself, but you need to be aware of the limitations.

Apps made without code typically suffer from limited functionality. That might not bother you if you’re looking to make a simple app or just practice app design. However, anyone who is trying to make an app for professional or retail purposes shouldn’t even think about non-coded apps.

If that doesn’t bother you, then there are programs that let you create apps with minimal to no coding. Here are some of the better ones:

Bubble is best thought of as the Weebly or Squarespace of app development tools.

Like those services, it lets you lay out the basic visual design of an app through a simple interface. For instance, you can say which section of the app has a text box, map, log-in section, and much more.

So far as that goes, Bubble is very easy to use. Most everything about its interface makes sense, and the program does a great job of walking you through the “need to know” information. You shouldn’t expect to build your app before you’ve finished a cup of coffee, but Bubble really does feel like it was made for “non-technical” users.

What separates Bubble, though, is its depth. The makers of Bubble are convinced that you should be able to create great apps without much programming knowledge. In fact, they think the very concept of traditional coding is outdated.

As such, Bubble’s depth is based entirely on your ability to learn its interface. You may have to consult the program’s tech support section, but almost everything you need is right in front of you. The program will even make sure what you’re doing makes sense. For instance, you can ensure that a button does one thing if the user is logged-in and another if they are not.

Bubble is fantastic for serious app designers who don’t want to bother with code, or coders who want to outline their apps before creating it. Check it out.

There is actually a mobile version of Appy Pie available, but the web version is probably the best place to start.

Either way, Appy Pie is all about simplicity. Like similar non-coding apps, Appy Pie just requires you to drag, drop, and choose your app creation design and features. For instance, you’ll be asked to design the opening screen, choose a background, and other similar tasks.

Appy Pie’s design is noteworthy simply because it looks like the interface for a program designed for toddlers. That’s not a bad thing. Designing an app can be intimidating, and Appy Pie removes a lot of the intimidation factors. Every basic feature you could ever want is right in front of you.

However, and this is important, Appy Pie struggles when you’re looking for in-depth features. Appy Pie does offer complex features, but accessing them is not nearly as intuitive as the rest of the app is. In fact, many of them are hidden behind a paywall or can only be accessed through third-party sites. Appy Pie’s templates also leave a lot to be desired.

So why recommend it? Well, you can’t overlook just how easy it is to use Appy Pie. It’s one of the best programs out there for people looking to get over the intimidation factor of creating an app. Plus, it’s not like it’s impossible to create simple apps with this service. You can even make games with it.

Still, you should consider other options before buying one of the premium packages.

More and more people are turning to Appery.io for their app development needs.

It’s easy enough to understand why. On the surface, Appery is a drag-and-drop app development system. It offers many of the same basic options as similar apps. Designing the basic functionality and outline of your app with Appery is fairly simple.

It’s what’s happening below the surface that makes Appery so fascinating. Appery utilizes a variety of code types that can be viewed by the user at will. It’s possible to ignore the specifics of the code and design your app, but you can use them to fine-tune what begins as basic app design.

What that means is that Appery scales better than many similar services. It’s entirely possible to create a fully-functional retail-ready iPhone app utilizing solely its services. Best of all, it’s possible to do so without any real coding knowledge.

However, those who do have some coding knowledge are going to get the most out of Appery.io. Everyone else may want to start with a smaller service.

Nevermind the strange name, because this is a serious app development program.

GoodBarber’s calling card is its style. The program’s team place a lot of value in allowing users to access a variety of design options that help ensure that your app doesn’t look like anything else. That’s a great feature considering that so many drag and drop development apps don’t offer that luxury.

GoodBarber is more than just a pretty face, though. While not quite as deep as other app builders out there, GoodBarber has most of the features you’ll need to build a fully-functional app.

Most importantly, GoodBarber lets you build a fully-functional website. Yes, this is one of the few services that let you build a convincing website/app combo in one go. For $40 a month, it even lets you access native iOS and Android apps.

GoodBarber is fairly priced, feature-heavy, and looks fantastic. Its biggest downside is that it’s not nearly as user-friendly as similar services, Actually, some of its best features are hidden beneath of web of menus and paywalls.

Whether that bothers you depends on your willingness to learn and your needs.

App creation should never be described as “easy,” but Shoutem is one of those programs that make it as painless as possible.

That starts with the pricing. Some users will be able to get away with the $19.90 a month price plan. That allows for basic app creation via your desktop. However, $49.00 a month give you access to the iPhone and Android app as well as push notifications. That’s probably your best bet.

For that price, you get quite a lot based on market value. Shoutem has one of the easiest to use drag and drop interfaces out there. Just a few minutes with the app will be all most users need to gain a basic understanding of its functionality.

However, some people may notice that digging deeper into the app reveals some complexities. This isn’t uncommon, but Shoutem can sometimes struggle in deeper waters.

Pros and cons aside, this is a very good option for potential iOS developers who don’t want to feel like they’ve made the wrong decision.