What is the national food of Pakistan? 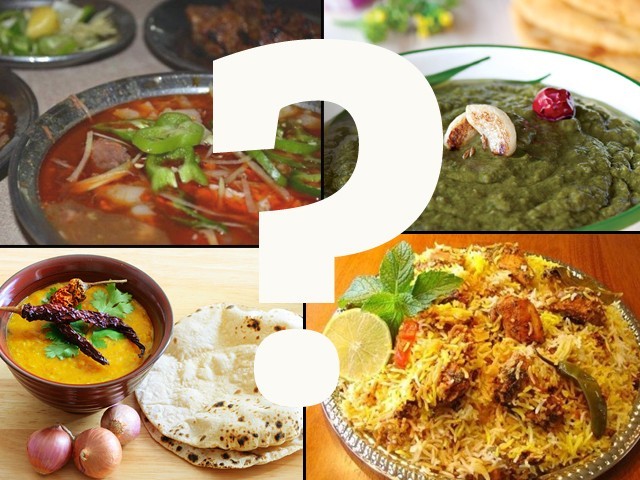 In order to qualify as the national dish of Pakistan, it would need to be a common household feature across Pakistan.

During lunch, a colleague asked us what is the national dish of Pakistan, and everyone present provided a different answer. I said that’s easy, it has to be daal roti (lentils and flat bread), right? This was quickly rebutted by someone mentioning that it has to be a rice-based dish and that roti is not as common as you may think, especially in the past decade or so.

One would assume the answer is biryani? I mean who does not eat biryani? But no, it cannot be. Biryani is too elite a meal and too limited to certain regions of this vast and culturally diverse country. Well then, what does Google have to say?

Nihari – Most of the hits indicate that nihari is the national dish of Pakistan. However, this also cannot be correct. It is an Arabic dish more popular in Punjab and Sindh and that too in the larger cities for those who can afford it. Parts of Khyber-Pakhtunkhwa (KP) and Balochistan almost completely overlook dishes such as nihari and biryani. Surely, in order to qualify as the national dish of Pakistan, it would need to be a common household feature across Pakistan. 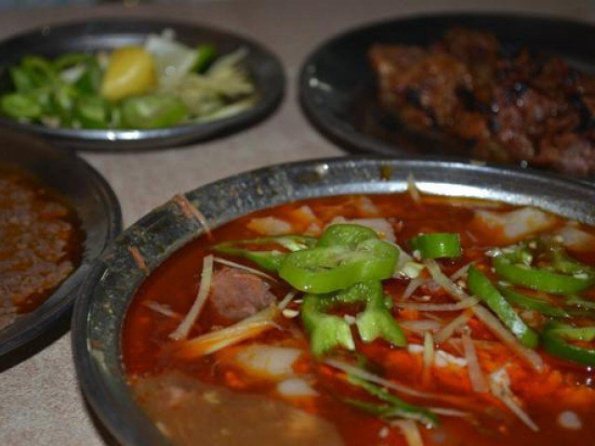 Naturally, every region in Pakistan would have a different local dish and the dish we may end up choosing as our national dish would not be that popular, either by way of preference or necessity, in a lot of regions. However, at the very least, it has to be a meat-based dish, right? Wrong. With a very low per capita income, it has to be an affordable meal.

So, what is the national dish of Pakistan? What is the one meal had in homes of the majority from Gilgit-Baltistan to the Makran coast?

At the very outset, it is important to lay down certain ground rules which are or rather should be necessary to determine what the national dish of a particular country is.

First and foremost, it is not simply the most common dish the country is known for. For example, sushi is what Japan is most known for. However, the most consumed meal there is either ramen or donburi and sushi is only reserved for somewhat special occasions. Secondly, it is not the dish the people of the country desire the most but rather actually end up eating the most. So, instead of a nice roast dinner, the bacon butty would top the list in the United Kingdom.

Thirdly, it is not just a matter of the dish being the most consumed in the country, it has to be a dish that is eaten regularly in most parts of the country.

Lastly, it has to be fairly significant. So, chai (tea) roti or any other form of bread with tea which almost all of Pakistan has for breakfast is out.

Now that we have disregarded biryani and nihari, let’s look at some other contenders.

Aloo gosht (meat and potato gravy)– How many times have you heard this?

Why its aalu gosht. Again?

The fact is that mutton is expensive and as common as this food item is in the households of most of you reading this article, unfortunately, a majority of the public cannot afford such luxuries.

Chicken salan or masala (chicken gravy) – Nope, once again, too expensive and thus not as common a feature in a majority of Pakistani homes. All sorts of meat are sadly out then. As a country, we may have perfected cooking our meat but it is not something the common man can have that often.

Daal roti – Yes, finally a serious contender and my first guess as the national food. The fact is that daal and roti is very popular indeed, however, it is not as widely consumed if one looks at it region wise. If one looks at certain regions of northern Punjab, then yes, it is still the most consumed meal but with rising prices of daal¸ even in regions where daal and roti was almost a daily occurrence, less expensive alternatives have replaced it. Besides, daal and roti is not as common in parts of K-P and Balochistan. 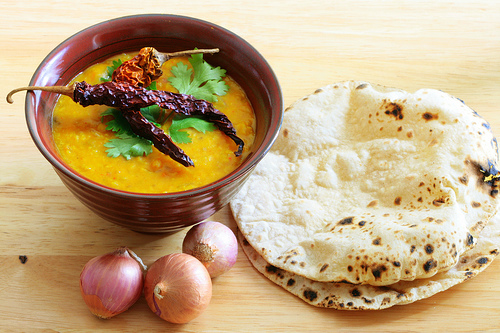 Daal chawal (Lentils and rice) – So if roti with daal is not so popular in the drier and colder regions of the country, then is it more popular with rice?

Sorry daal, you just did not have what it takes to please the whole country.

Pulao – In any form, kabuli or otherwise, made with chickpeas or meat or some other method, pulao is very popular in parts of K-P and Balochistan, and in fact is more regularly eaten than dishes which require bread. But rice generally, if one looks at the whole country, is not as popular, despite biryani’s attempt at glorifying the seed.

Sabzi roti (vegetables and flat bread) – This covers cauliflower, peas, potatoes, aubergine, ladyfingers, etc. cooked either independently or in a mixed format. Well, if all the vegetables are taken as a whole, then sabzi might actually be the most consumed dish in all the regions of Pakistan. However, for the sake of being fair to non-vegetable foods, we must treat all vegetables are a separate dish. 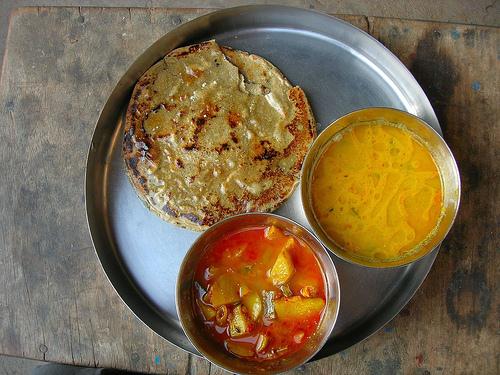 If not any of above, then what single dish could take the title?

Well, according to random questions asked from strangers from across the country representing a not so very accurate cross section of society, race and religion, the most common dish may actually be saag roti. So, it seems, roti may end up in the winning equation after all.

However, how does saag potentially top the supposed popularity contest? It turns out that as saag is not very expensive, it is preferred over other vegetables and lentils in rural areas throughout a majority of Pakistan. That potentially makes it the most consumed dish region-wise and perhaps in sheer quantity as well. With a bit of desi makhan (local butter), it even mimics the national colours.

So does that qualify it to be the national dish of Pakistan?

In my personal opinion, no it does not. Why not? I don’t know, naming something as banal as saag as our national dish would not be doing justice to the cuisine.

Which brings me to my point regarding the difficulty in selecting a national dish for a country as culturally diverse and rich in its culinary heritage as Pakistan, it’s impossible. So, let’s all just settle for biryani and call it a day, and, while we are at it, lets also declare cricket as our national sport – about time.